Sales of paperback books are up. Independent bookstores are thriving again. The threat of a digital apocalypse has subsided, as e-book sales have tumbled.

So why did publishers have a wobbly first quarter of 2016? Revenue was down 2.7 percent in the first three months of 2016, compared with the same period in 2015, according to a recent report from the Association of American Publishers, which tracks sales data from more than 1,200 publishers.

Sales of adult books fell by 10.3 percent in the first three months of 2016, and children’s books dropped by 2.1 percent. E-book sales fell by 21.8 percent, and hardcover sales were down 8.5 percent. The strongest categories were digital audiobooks, which rose by 35.3 percent, and paperback sales, which were up by 6.1 percent.

Though the numbers look bad, they’re not all that surprising. For many publishers, the first quarter is often the weakest period of the year. Publishers often save their biggest books for the summer, timed for vacation reading, and the fall, for the holiday shopping period. Typically, publishers make about 20 percent of their profits during the first quarter of the year, according to Michael Cader, a book industry analyst and the creator of Publishers Marketplace.

But there are several factors that might have made book sales at the beginning of this year slightly worse than those in the same period last year. Like the movie business, publishing depends heavily on a few outsize hits each season to drive profits. In the early part of this year, there wasn’t a huge, breakout best-seller, certainly nothing like 2015’s “The Girl on the Train,” which came out in January and sold two million copies in just over four months.

The adult coloring-book fad, which provided a huge boost to publishers and booksellers last year, has started to fizzle, possibly driving down sales this year. (In 2015, some 12 million coloring books were sold in the United States, up from one million in 2014.) And the surge in downloadable audiobook sales might account in part for the decline in hardcover and e-books, if more people are listening to books instead of reading them.

But perhaps the biggest factor affecting publishers’ revenue, and one that is not likely to go away soon, is the decline in e-book sales, Mr. Cader said. While publishers once fretted that digital book sales were eroding more profitable categories like hardcover, they now are finding that e-books — which cost next to nothing to produce and zero to ship and which can’t be returned as unsold merchandise by retailers — are critical profit engines. But e-book sales have fallen precipitously for months, in part because many publishers have raised their prices after negotiating with Amazon and gaining the ability to set their own prices.

The decline of digital sales and stabilization of print may have also led to higher returns of unsold merchandise from booksellers, reducing revenue. And while some book buyers may have traded e-books for print books, others may be buying cheaper, self-published e-books on Amazon.

Those reasons may partly explain why separate data from Nielsen, which tracks only print trade book sales, looks so different from the publishers’ numbers. Nielsen BookScan data showed that sales of print books were up by 16.4 million units in the first half of this year, as Mr. Cader noted on Publishers Marketplace.

It’s unclear if publishers will bounce back by year’s end, but there are encouraging signs. There have been some prominent best sellers, including the play “Harry Potter and the Cursed Child,” the newly released paperback edition of “The Girl on the Train” and Bill O’Reilly’s latest book, “Killing the Rising Sun,” which sold more than 250,000 copies in its first week. And this fall will be full of new releases from literary heavyweights including Ann Patchett, Ian McEwan, Michael Chabon, Jonathan Safran Foer and Zadie Smith.

Still, some analysts say that the weak first-quarter results might reflect a slow decline in sales that is likely to continue. “I would expect the business to slowly shrink,” said Mike Shatzkin, founder and chief executive of the Idea Logical Company, which analyzes the publishing industry. “As more and more people are reading on multifunction devices, there are all kinds of temptations that intrude on book-reading time.”

Some studies show that leisure reading of literature is in decline in the United States. A survey released in August by the National Endowment for the Arts found that in 2015, only 43 percent of American adults had read “a work of literature” for pleasure in the previous year. In a similar study in 1982, 57 percent of adults surveyed said they had read a literary work for pleasure in the previous year. 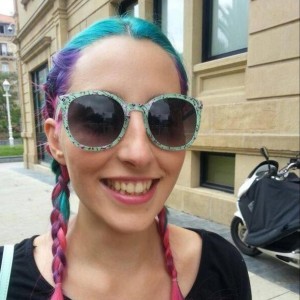